SOME primary and high schools in Bulawayo are forcing parents and guardians of students to fork out payments for masks and sanitizers, a move the government has declared illegal.

In September, the government began a phased re-opening of schools after a six months forced closure to curb the spread of the virulent Corona pestilence.

In turn, some schools demanded that parents should part with money in order to secure masks and sanitizers for their children.

The government went on to unveil ZWL$600 million to cater for masks and other necessities for students, but teachers argue that such money was not availed by the authorities.

An investigation by this publication revealed that schools such as Petra High, Christian Brothers College, Coughlan Primary and Mshede Primary demanded that parents pay between 100 rand to 200 rand for masks and sanitizers.

The monies are not receipted but are paid directly to the class teacher who in turn allegedly sources the masks and sanitisers from unnamed markets, investigations revealed.

At Mafela primary school, guardians were asked to part with 100 rand each while schools such as Pumula High and Maswazi Primary asked parents to come and clean schools without providing protective clothing.

In September, a symposium was organized by the Women of Zimbabwe Arise to discuss the re-opening of schools.

Among the participants were guardians, school children, and the Parliament Portfolio Committee on Primary and Secondary Education.

One of the contentious issues was the demand of varying monies for masks and sanitizers by schools.

“They asked us to come and clean the school and we were told that we need to bring 100 Rand each for masks and sanitizers,” said one grade seven pupil from Mafela.

Outspoken and combative Progressive Teachers Union of Zimbabwe (PTUZ) secretary general, Raymond Majongwe, told this publication in an interview that schools were spot on in charging mask fees as the government had failed to provide them.

“As far we are concerned schools are following what has to be done and we can’t blame the schools because they have to make sure that kids are safe, but at the same time we can’t pass the buck to parents because government had told us that it had provided ZWL$600 million to cover for these,” said Majongwe.

The PTUZ boss further said that the government lied about availing ZWL$600 million for masks and sanitizers for students.

Said Majongwe: “It goes back to the argument that the government was telling the nation that it has ZWL$600 million and the question is; where is the ZWL$600 million? Will they point, indicate a paper trail of what they are talking about, sanitizers, masks and provisions of water and any other provisions stipulated by WHO.

“As far as we are concerned the WHO guidelines have not been adhered to, class sizes remain huge and testing never happened. At the end of the day we need to find out who took the ZWL$600 million and where it was placed and those who took it must be arrested. If ZWL$600 million was provided we can’t be told that certain schools say they don’t have sanitizers to go to exams and it’s unacceptable and unforgiven. The people on the wrong side should be arrested.”

But, Taungana Ndoro, Primary and Secondary Education spokesperson expressly declared that it was illegal for schools to charge money for masks.

“The government has provided sanitizers and masks and parents can only supplement, but schools cannot force parents to buy them. It is unlawful,” Ndoro told CITE via a telephone interview.

An analysis of official COVID-19 data shows that new cases have been rising since November and are now averaging 100 cases daily, compared to the previous two months when infections stood at about 25 a day.

Almost 300 students have tested positive for Covid-19 since the resumption of classes on November 9.

Among them were more than 180 students at John Tallach High School, close to Bulawayo, the second-largest city in the country. 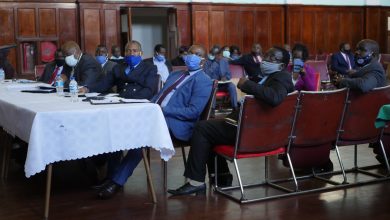 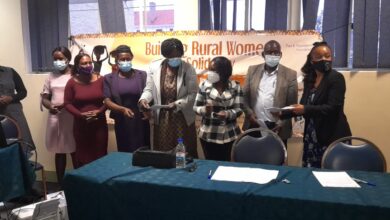