The Bulawayo City Council (BCC) has raised concern at the high number of people who are seeking shelter at some of the city`s illegal resettlements amid continued company closures in the city.

According to a report contained in the latest council minutes, the local authority said the population at squatter camps has more than doubled and is in the process of evicting some of the illegal occupants.

“A report was received that the number of squatters at Killarney has doubled as a result of the workers whose contracts were terminated at Zimbrick early this year,” the council report reads.

“The department is in the process of screening and evicting them from the Killarney squatter camp.”

In 2016, the council was forced to regularise the 2011 invasion of a piece land at New Mazwi village on the outskirts of the city by landless residents.

The invaders, from the nearby Methodist and Robert Sinyoka villages, had taken advantage of the 2011 relocation of Trenance and Killarney squatters to New Mazwi Village to grab stands earmarked for the latter.

The International Organisation for Migration (IOM) in partnership with the council and World Vision facilitated the relocation of the squatters to Mazwi village.

The invaders, like the new squatters at Killarney had gone on to build houses, and refused to vacate Mazwi village despite several attempts by the council to evict them.

They were not paying any monthly rates to the local authority.

The Mazwi village project was made possible with the help of IOM which provided the former squatters with temporary shelter, building materials and arrangements for health services while the permanent two-roomed structures were being built. 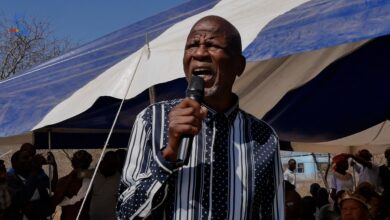