Some Bulawayo residents are still finding it difficult to access national identity (ID) documents and birth certificates despite the government relaxing some of the requirements in the ongoing mobile registration blitz.

The blitz will run until September 30.

When a CITE news crew visited some of the registration centres in the city, residents shared some of their experiences.

“I came here around 4 am to process birth certificates for my two children. My youngest child has a photocopy of their birth certificate, I never received an original copy from Mpilo Hospital. For my second child, I left her birth certificate in Tsholotsho and the police are saying it went missing, so I am trying to acquire new ones,” narrated Marymead Ncube.

Ncube said she was told to bring an affidavit, however, she was still not assisted.

“When I came here, they told me to go to the police to file an affidavit and I have since done that but now it’s not clear what I am supposed to do, they told me to come back tomorrow,” she said.

Another resident, Jane Hosho said her challenge is that she was told to bring a photocopy of her lost ID which she does not have.

“I woke up in the morning trying to apply to get an identification card. The challenge that I have encountered is that they want a photocopy of my lost ID. I had no photocopy so they told me that I am supposed to go to the police to get a letter,” said Hosho.

She said after getting a police report the authorities at the registration centre insisted that they want a photocopy of her ID.

“I am failing to get employment because of the issue of ID, I can’t even go for interviews as I cannot produce an ID card. I also have a 2-year-old child who also does not have a birth certificate,” said Hosho.

Meanwhile, Louis Shoko said he has a 5-year-old child and he is failing to get a birth certificate for his child.

“My challenge is that my child is not going to school because he has no birth certificate, his mother left him with me when she went to South Africa, other children are at school and this pains me a lot,” said Shoko.

“I am unemployed, so they told me to go take a birth record at Nkulumane clinic where he was born and they want US$30 and I don’t have that kind of money, I don’t know how I can be assisted so that my child can access birth certificate and go to school.”

At Helemu Primary school in Njube, residents were seen milling around waiting to be served.

“I once paid some money at the provincial registry offices but I didn’t get the ID so this is the second time I am actually paying,” said one resident.

“You know when you don’t have an ID and you get arrested, it becomes difficult, you end up having to pay a fine.” 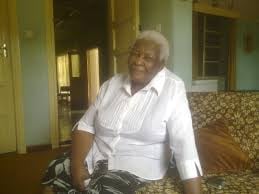