The protest is in response to what they said were high rates that are not accompanied by proper services but are characterised by ongoing sewage spills, non-collection of refuse, bad roads and a general decline in services throughout the city.

Residents, mostly from the western suburbs, said they are ‘sick and tired’ of council officials’ casual attitude and accused councillors of engaging in corrupt deals.

Tired of their complaints going unheard, disgruntled residents held placards, chanted, and danced outside the Large City Hall, with some even calling for the resignation of Bulawayo mayor Solomon Mguni.

This compelled municipal security to close the entrance to the council offices, fearing that protestors would invade the offices.

Patricia Tshabalala, a Mpopoma resident, chastised the municipality for mistreating residents and failing to address their concerns every time they raised them.

“We are being abused by the council. They claim to be holding budget consultations while simply rubberstamping their own decisions. They force us to sign attendance registers and then lie about agreeing to their proposals when we actually reject them,” she said.

Tshabalala mentioned the council had raised rates, which required some households to pay US$30 even though they had no income.

“They force you to pay that money while the council fails to provide services. You can walk around our suburbs and see sewers flowing while children play in them, even touching faeces,” she claimed.

“When children contract diseases, the burden falls on their mothers, who are unable to access health care at council clinics due to a lack of manpower. The available nurses are exhausted from the pressure.”

She also claimed residents took a petition to Bulawayo Town Clerk Christopher Dube, who reportedly threw it away.

“Imagine the pain we felt when trying to engage someone and they say whatever you are telling them is rubbish,” Tshabalala said, adding it was disappointing to hear the Bulawayo mayor and his deputy, Mlandu Ncube, say council will use estimates for water bills because residents stored water.

“But what should we do when there are water shortages? How will we use toilets and wash if we don’t store water? There is no water, the roads are bad, and service delivery is non-existent,” Tshabalala said.

Aside from the billing system, residents claimed that the debt collection method used by the council exposed vulnerable people.

“The municipality must move door to door to understand the living conditions – we poor households face because they stay in flashy suburbs and have boreholes,” Tshabalala said.

Another resident, Ndodana Moyo, expressed frustration with the alleged corrupt tendencies of council officials and councillors.

“Their billing system is excessive, but they do not attend to services – sewer is everywhere, and garbage is not collected. What the council knows is to steal, sell stands twice, and engage in illegal transactions,” he alleged.

“Local government must intervene and investigate Bulawayo. Why is the government keeping quiet?”

One woman stated she had paid off her October debt, but when her bill arrived, she was informed that she owed the council US$36 for the same month.

Burombo Flats residents said they were relieving themselves in buckets due to malfunctioning toilets.

“They promised to come and fix our toilets, but nothing has happened as of today! Consider a room in which you cook in one corner, relieve yourself in another, and eat with your children in another. How revolting,” they echoed.

Citizens Coalition for Change (CCC) Bulawayo Provincial Spokesperson, Swithern Chirowodza said the party was against an increment of rates.

“We had a presser last month and our CCC councillors lobbied against increases in rates and other charges but were met with resistance within council which said rates should be increased,” he stated.

“That is fleecing people who are now paying as much as US$70 for rates and about US$40 for water, meaning just for city council overheads, residents are paying more than US$100. Clearly, that’s unaffordable when the average salary is not in US but in ZWL.” 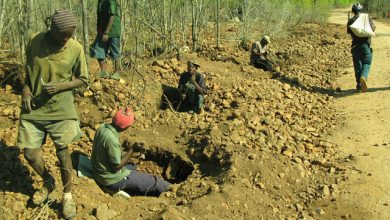