The budget was unveiled Wednesday by the council on various online platforms where the local authority is engaging various stakeholders.

During deliberations held via the WhatsApp platform, the residents fumed that there was no evidence of how the money they pay for service is developing their area as most projects are still incomplete.

Another resident inquired when the street lighting project would be completed considering that little had been done.

“May I also know what happens to unfinished projects like street lights for Ward 5. I see it does not appear anywhere as if it was completed when on the ground not much was done. Hillcrest has only a portion that was covered. The rest of the area was not covered,” they said.

Ward 5 Felix Mhaka concurred with the residents that the issue of street lighting was a cause for concern.

“The issue of street lights in Ward 5 is a concern, hope this budget will allocate more money on it with a proposal of 10%. Using retention fund will take us years for these projects to complete,” Cllr Mhaka said.

The council representative, Thumamina Khumalo, who is from the Housing and Community Services Department explained that the local authority was in the process of procuring electrical implements for the incomplete projects.

He also noted that due to financial constraints, council was concentrating on main roads, with the hope of moving to minor roads thereafter.

Other residents highlighted that the proposed budget was insensitive to the plight of the residents who are yet to recover from the Covid-19 pandemic.

“Most households rely on the informal business and raising bills by as much as 155% will only serve to make a bad situation worse. Most small companies, such as sports clubs, which have been closed for the better part of a year due to lockdown are struggling to clear their bills and this increase is likely to shut them down,” a resident noted.

“Isn’t it better to increase by let’s say 50% and people pay than to have defaulter every month and come election time in 2023, those bills will probably be cancelled like what once happened. Businesses are operating at 30% capacity because of Covid but bills are going up at 155%, this is not sustainable in the long run.”

They suggested that the council should come up with innovative ways of raise funds to sustain council projects than to heavily rely on already struggling ratepayers. 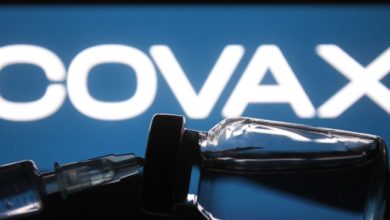