Many residents in Bulawayo fear impoverishment, as their living standards have dropped to alarming levels.

This is the plight of the majority of Zimbabweans in a country, whose ‘bread basket status of Africa’ once set it apart from its neighbours in the region.

Now economic stagnation has widened the gap between the rich and poor in the country while impoverishment is now the greatest fear of residents everywhere, becoming a growing reality.

Zimbabwe’s case is now ‘too sad’, observed Bulawayo residents as they opened up to Zanu PF’s secretary for commissariat and deputy defense minister, Victor Matemadanda, who was in the city Monday to hear their views on the current economic crisis.

The majority of the people Matemadanda spoke to, said their living standards had deteriorated and their dreams of success fading.

Residents pointed out living in Zimbabwe was now a nightmare – no jobs, cash shortages, their salaries and pensions were eroded while transport fares were ridiculously high yet illegal money changers seemed to be thriving.

They pointed out that they have lost much of their purchasing power compared to the country’s wealthy elite, who remained well-off as ever.

“It is cheaper to buy goods from the streets than inside a supermarket. We appeal to government to look into this as we cannot afford to buy a variety of goods as we barely have enough for the basics,” lamented one woman at the Bulawayo Centre.

As a result, a gap is widening between a small percentage of the wealthy at the top and the bulk of the population below, struggling to make ends meet.

When Matemadanda asked the residents what should be done by authorities, the youth cried for jobs while seniors said the government must find ways to make sure there was rule of law in the country.

“We need jobs, we need to work, perhaps the liquidity crisis can improve,” concurred most of the youth Matemadana met up with in the city.

Residents told the government official that the fundamental reason for the decline of the country has been economic stagnation since early 2000.

According to the Trading Economics, the Gross Domestic Product (GDP) per capita in Zimbabwe was last recorded at US$1 322.30 in 2018.

However, recent World Bank rankings placed the country as a lower middle income earning economy, which analysts attributed to the distortions that existed in the exchange rate between the US dollar and local Zimbabwean currency.

In April 2019, the Poverty Datum Line (PDL) for an average family of five shot up to $924 from $872 in March, a 5.8 percent increase, as stated by the Zimbabwe National Statistical Agency (ZIMSTAT).

Total food consumption alone for a family of five stood at $319 for the month of April, eight percent up from $294.66 in the month of March 2019 while an individual’s food and total consumption was pegged at $63.72 and $184.86 respectively.

The rise in PDL has been attributed to incessant price increase on basic commodities such as mealie-meal, rice, flour, salt, cooking oil and among others.

As for prices hikes, the residents called on the Emmerson Mnangagwa led administration to act decisively on the country’s economy growth policy, put measures to make businesses stop hiking prices and stop corruption.

In response, Matemadanda said the government would withdraw operating licenses of shops in Bulawayo that are caught overcharging, a decision which was welcomed by some residents who said they were fed up with shops who were ever increasing their prices. 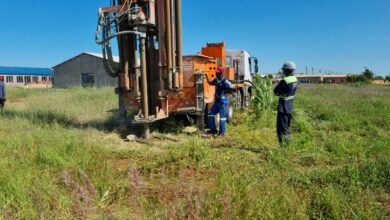 Candidates up the ante as campaigns go full throttle

How the proportional representation policy failed women in Zimbabwe 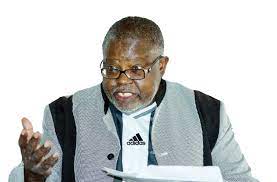