Minister of State for Bulawayo Judith Ncube has said that the arts industry in the city is in a deep slumber due to lack of support from Bulawayo residents.

The Minister said this while officiating at the Bulawayo Provincial Culture Week launch held on Wednesday at Entumbane Hall.

This year’s celebrations are being held under the theme “African Royalty Our Heritage”, which seeks to encourage the celebration of diverse cultures.

Ncube said: “Let us support what belongs to us and the people of Bulawayo. Artists define Bulawayo, without the artist Bulawayo is incomplete.”

She said that Bulawayo residents do not recognise that art is a business which can be viable if supported.

“There are so many artists in Bulawayo but what pains me the most is that we do not recognize arts as an income generating industry.

“There is a boy from Bulawayo who took his painting to South Africa, if he showcased it in Zimbabwe, he could have earned $120 but in South Africa, he managed to get 23 000 rands.

“I have also recognised that when Bulawayo artist has shows only a few people come. Even when we hire them, we have developed a tendency of negotiating the fees which are sometimes not necessary, imagine paying $50 for 15 people to share. Let us be supportive of our own.”

Minister Ncube added that the Bulawayo arts industry has the ability to improve if residents are willing to support it.

“Let’s set an example to the whole of Zimbabwe by standing up for our own artists.”

Speaking during the same launch the Bulawayo City Council (BCC) Mayor, councillor Solomon Mguni concurred with the Minister saying that it is critical for locals to embrace their own culture.

Mayor Mguni said that Bulawayo is regarded as the cultural Hub of Zimbabwe and this year’s Culture week comes at a time when Bulawayo is on the verge of celebrating 125 years since its declaration as a town in 1943.

“As we celebrate 125 years there is a need to celebrate our own diverse cultures in Bulawayo in order to promote growth,” concurred Cllr Mguni.

Mguni also took the opportunity to notify residents on the activities lined up for the City’s birthday celebrations.

“As the city turns 125 years old, various activities will be held during the month of June and beyond to commemorate this milestone. The main anniversary celebration will be held at the City Hall Car Park on Saturday, 1st June 2019.”

“Some of the other planned activities for the celebrations include tours at historical sites, business breakfast, cultural exhibition, Bulawayo at 125 clean-up campaign, mini -fashion show, gospel music events and a Bulawayo sports day.”

Meanwhile, the Minister also took a swipe at residents who are selling drugs to school children.

“The care for each other, the sense of community we had, the community which cares for its children, I think that has been significantly eroded,” she said.

“I am aware that there are adults lacing foodstuffs sold to pupils with drugs. That has to stop.”

She said she had also received reports from parents who are concerned about the Vuzu parties that have become a permanent feature in the city.

“These wild behaviours have eroded our culture and this can only be solved if parents closely monitor their children to ensure that they are not abusing drugs and to instil discipline.

“The issue of Vuzu parties is a result of generation gap which can be solved when church leaders, traditional leaders and parents come together and communicate with the young people,” said Minister Ncube. 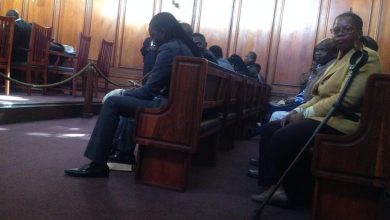