Bulawayo Councillors are pushing for the termination of the Egodini Mall contract with immediate effect as the multi-million dollar project has taken long to take off.

Terracotta Trading Private  Limited (TTPL)  was awarded a US$60 million tender in 2016 for the redevelopment of the Basch Street terminus popularly known as Egodini, under a Build Operate and Transfer (BOT) facility.

According to the latest Town Lands and Planning committee report, the City fathers expressed dismay at the long-overdue project.

Ward 28 Alderman Siboniso Khumalo said residents have started showing concern as the project has failed to kick start on time.

“Egodini redevelopment project tender had been awarded to Terracota (Pvt) Ltd two years ago. The phase one of the project was to be completed by March 2020. The completion of phase one was to accommodate public transport operators, vendors and food chain stores,” he noted.

“A site visit presentation had been made onsite showing the plans of the design of the mall. Residents had started showing concerns since the project had failed to take off in time.

“When it finally took off there were a lot of excuses regarding the slow progress. The contract between council and Teraccotta (Pvt) Ltd for Egodini redevelopment project be cancelled.”

“The report was indicating that plans should be revised. Teracotta had proposed to invest US$60million in 2016. A lot of promises had been made regarding the project but up to now, the company had not completed the first phase.

“The company is requesting council to make statement. This is not supported,” he said.

Councillor Lilian Mlilo said the tender for Egodini mall should be given to another contractor as residents are being inconvenienced by the delay in completing the project.

“Residents are affected by incomplete works at Egodini. The contract should be cancelled with immediate effect. Another tender should be advertised for the Egodini redevelopment,” she said.

Meanwhile, Ward 4 Councillor Silas Chigora proposed a revision of the terms and references of the contract.

“Some of the bylaws should be reviewed accordingly. A lot of businesses are failing to take off in the City. Cancellation of the contract will have a negative impact on the City.

“There is need to revise the terms and reference of the contract. Residents want to see the project being completed. A detail report should be submitted to council accordingly,” said Cllr Chigora. 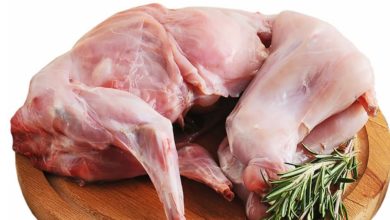