Bulawayo councilors have raised concern over the astronomical bills sent to ratepayers which do not correspond with the approved budget.

Speaking at a full council meeting Wednesday, the councillors said the billing system needs to be fixed so that residents pay the correct amount.

“People are not paying their bills, but I think there is something that makes residents less motivated to pay, our billing system for example where I come from in Nkulumane you will find a house charged ZWL$20 000. When we increased the bills, we increased to between ZWL$4000 -ZWL$4 500 but for a house to be charged ZWL$20 000 and they will spend time trying to rectify that problem, I think this makes people demotivated to pay their bills,” said Cllr Jele.

He urged the finance committee should look into the issue.

“I want to appeal to the committee in charge to look at the billing system and not overcharge because residents want to pay their bills but they can not pay for something they have not consumed,” he said.

“I know Covid-19 once affected us where bills were not being sent to residents and when residents received their bills months they were overcharged,” said Cllr Mabutho.

“There is something going wrong, we need to rectify the problem so that it also encourages residents to pay their bills,” he said.

Ward 20 Councillor, Earnest Rafamoyo said there is a need to probe the finance to find out what could be the cause of incorrectly billing residents.

“The issue of billing, to the chairman of finance committee your committee needs a workshop or maybe there is a need for investigations of the department itself. The overcharging is a setback to residents who wants to clear their arrears,” said Rafamoyo.

Ward 4 Councillor Silas Chigora encouraged residents to bring all the queries to the Revenue Hall.

“If you got those queries please bring those to BCC, if you do not get a response, come to the revenue  and be assisted, bring all that information and that will be corrected,” he said

“Know your water consumptions per month, if it is ZWL$4000, expect ZWL$4 000 per month, if there is an estimation that is happening thus when we can assist each other but bring all those issues so that we don’t speak from the air,” said Chigora

“We do bills every month and before they are printed they are verified, without the proof of incorrect bills it’s difficult but that is going to be corrected.”

Missing Bulawayo man`s body found at a dam in Solusi 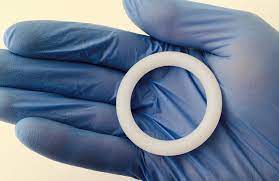