South African based parents with children at Bulu High School in Mangwe district have accused the headmaster Raymond Mguni of fraud after it emerged that they pay fees in foreign currency but are receipted in local currency.

Parents have been at loggerheads with the school authorities after the latter demanded that the parents pay more money to purchase food supplies for learners at the government-run boarding school.

The school reportedly ordered the parents to pay R725 per child.

However, it has since emerged that parents based in South Africa deposit fees into a South African Capitec bank account number 1707238047 which belongs to a Mr Sibusiso Mkhonza (suspected to be a self-given identity in South Africa).

In Zimbabwe, the money is then collected at a shop popularly known as KoNtokozo in the Ngwizi area which is suspected to belong to Mguni who then allegedly pays the fees in RTGS.

“After a short space of time, we saw on social media that the school is having a crisis, there is no food for the learners who are borders, we were told again to pay R250 just last month towards the groceries.”

The parents added that around September there are some learners who were infected by the Covid-19 virus and parents were told to assist with R200 for quarantine.

“After the meeting which was held on Saturday, they are now demanding US$35 or R525 on top of the R250 we paid last month or about 280 learners when there is only two weeks left,” said a parent.

Parents added that when they tried to raise all these issues, the headmaster moved to block parents from a WhatsApp group and started to threaten them saying he has since engaged the police on the matter.

“We want to preserve the future of our children, when we demand answers we are being threatened. They are diverting the foreign currency and using their RTGS to pay the fees,” they said.

Mguni also threatened the parents with unspecified action claiming that they were abusing him.

“Law enforcement agents and our legal teams are in the process of investigating media abusers and all those who are threatening us and other parents. It’s just a matter of time, Konke sekusezandleni zamalawyer, sizabona! Kanye labe CITE,” read one message sent to parents by Mguni.

When CITE contacted Mguni he was taking calls and did not respond to messages sent on Whatsapp.

The Ministry of Primary and Secondary Education Director of Information and Advocacy, Taungana Ndoro said the move is illegal and demanded the name of the school which CITE supplied. 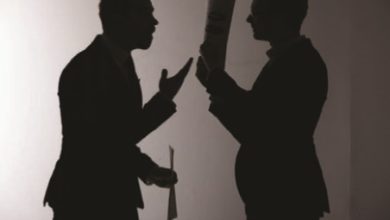