The Ministry of Environment, Climate, Tourism and Hospitality Industry in conjunction with United Nations Development Programme (UNDP) will next week embark on a beekeeping training programme for rural communities in Matabeleland South.

The project, which seeks to empower women and other marginalised groups with skills in conservation and management of forests will be piloted in Huwana and Khame villages in Bulilima District.

Speaking to CITE, Climate Change Mitigation Expert, Lawrence Mashungu said the programme is the fulfilment of the Paris Agreement on support towards implementing Zimbabwe’s National Determined (NDC) Contributions on Climate Change from 2018 to 2020.

“The project seeks to enable the country to meet its NDC target by delivering the low Emission Development strategy and the measuring, reporting and verification framework to be able to track and report quantitatively and qualitatively on the mitigation actions that the country is pursuing towards meeting its NDC,” said Mashungu.

“The training will capacitate locals on bee biology, beekeeping technology and equipment, beekeeping for rural development, hiving of colonies, bee pathology and common practices in apiary management as the main topics to be discussed with various sub-topics,” he said.

“Most rural communities in Zimbabwe still have dense natural and artificial forests which need to be maintained and enhanced so as to enhance the carbon sequestration capacity for Zimbabwe.

“These forests can also support beekeeping but the challenge is the lack of capacity of communities to kick start such ventures, the knowledge on how to operate at optimum levels and produce sustainable yields,” said Mashungu.

He said in the past traditional methods which were used resulted in deforestation and forest degradation.

“In the past, traditional methods have been used for beekeeping which has resulted in increased deforestation and forest degradation due to unsustainable use of trees to construct beehives.

“Despite high socio-ecological interaction of humans and their environment, there has been rampant deforestation and forest degradation which act as carbon sinks due to over-exploitation for firewood, use of wood for construction, land clearing for agriculture, brick moulding and increased veld fire incidences. This has been worsened due to lack of knowledge on the goods and services provided by forests and a diversified ecosystem,” said Mashungu.

He added that “ lack of alternative sources of livelihoods can, therefore,  be reduced by the use of non-timber forest products such as honey to sustain livelihoods”.

The Climate Change mitigation expert said they anticipate that engagement with rural communities in the beekeeping project will result in sustainable forest management.

“It is anticipated that engagement with local communities in beekeeping project will result in sustainable forest management as the community start benefitting from the proceeds of the honey and honey itself which will provide much needed nutritional content for the community.

“This should result in reduced over-dependence on activities that degrade forest such as selling firewood as a livelihood option,” said Mashungu.

He added that in areas where they have implemented the same project, there has been a great improvement in the health of forests because of the stewardship by the community.

“Beekeeping project will provide alternative income streams in addition to traditional income streams like livestock and crops, honey itself is important as it is medicinal. Of much importance is that it enhances the value of the forest, communities will now conserve the forests because they benefit from it,” said Mashungu.

WHO takes a swipe at Covid-19 vaccine manufacturers 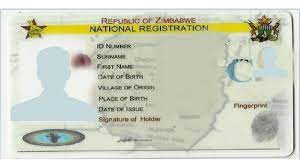 Govt, CSOs to sign MOU to fast-track issuance of documentation for Gukurahundi victims

SA, Bots should not be punished for detecting Omicron: WHO