WATER levels at the remaining dams supplying Bulawayo with water have precariously  dropped to 25.70 % capacity, a development that has significantly reduced the pumping capacity of raw water to the water works leading to increased water shedding, the local authority said on Tuesday.

Water availability in some suburbs was on Monday affected by an electrical  fault at Fernhill booster station, Town Clerk Christopher Dube said in a statement.

“The City of Bulawayo would like to advise members of the public that the City is currently experiencing challenges in terms of both raw and clear water pumping to the Criterion Raw Water and Tuli Clear Water Reservoirs respectively,” said Dube.

“These challenges are mainly due to non-availability of water at the City’s water supply dams currently at 25.70 %.

“The low water levels have resulted in reduced pumping to Tuli Reservoirs as well as Criterion Water Works”.

Residents in the city have for months endured water shedding.

Early this year Government ruled out declaring the city a water crisis area saying there was enough water to last up to 14 months.

The government consultants said the water challenges in the city were merely technical.

“The City of Bulawayo is currently trying pumping levels to raise Reservoir levels to acceptable standards (2M) to try and restore supplies as per the schedule.

“However, if the Criterion Clear Water Reservoir doesn’t reach 2 metre level by Tuesday 17:00hrs, Emganwini, Pumula and Nketa 9 will then be opened the following day that is Wednesday at 17:00hrs for the same hours as per schedule programme while areas supplied by the Tuli Reservoir will be restored on Tuesday, 28 July 2020 at 17:00hours,” explained the Town Clerk.

Dube added that suburbs such as Tshabalala, parts of Famona and  Nkulumane 12 are currently enduring longer water shedding due to water bursts.

The city fathers are providing water in some suburbs using water bowsers and water kiosks but demand has significantly increased during the lockdown period owing to more residents staying at home as well as prolonged water shedding schedules.

The councillors have noted that in some areas, water being delivered by bowsers is not enough for all the residents and at some instances, residents divert the water vehicles from their intended destinations.

As the water crisis escalates, the city fathers are pleading with residents to accept the recycling of Khami Dam water as it works on alternative solutions to the city’s water crisis.

The local authority has identified recycling of Khami Dam water as one of the sustainable ways of providing running water to the city.

However, council face an uphill task in convincing residents to accept the plan as they have in the past objected to recycling of the heavily polluted water. 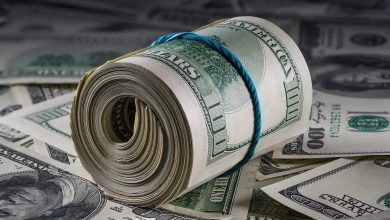