The owners of the Brooklyn Express Bus, which burst into flames near West Nicholson on Thursday evening, enroute to Musina, South Africa, killing over 30 passengers, have started the process of assisting the families of the victims of the tragic accident.

The bus which was enroute to Musina from Zvishavane, was involved in a tragic accident where it is suspected a gas cannister smuggled by a passenger exploded in the luggage cabin.

32 people have so far been confirmed dead.

“Our heartfelt condolences go out to the relatives and families of the deceased whose lives were lost in an accident involving one of our Brooklyn express buses along the Bulawayo, Beitbridge highway”

“We would like to also extend our sincere apologies to Zimbabwe as a whole and we stand in prayer with the bereaved families, praying for strength while we all try to come to terms with what has happened,” said Mr M Ndlovu, the company’s managing director.

Ndlovu said they are waiting for the official report regarding the accident from the investigating team and are cooperating with the relevant authorities.

He encouraged passengers to desist from smuggling flammable objects that can result in loss of lives.

“Travelling with gas cannisters is prohibited on our buses and therefore, it is our humble plea with the Zimbabwean community to desist from smuggling cannisters onto public transport as this has far-reaching consequences,” he said.

The National Civil Protection Unit has released US$16 000 to assist the families with funeral arrangements, which will be released after DNA tests of those who were burnt beyond recognition have been conducted.

A help desk has also been set up at Gwanda Provincial Hospital to assist those who suspect that their relatives are victims of the tragic accident.

The tragic accident comes a few weeks after another horrific bus accident which claimed more than 50 lives. 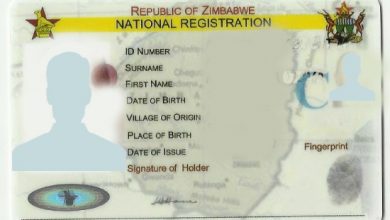