According to the latest council report, four lots and seven companies had submitted their expression of interest.

In a letter addressed to the Town Clerk Christopher Dube which was copied to the Mayor, Councillor Solomon Mguni, Director of Housing and Community Services Dictor Khumalo and Director of Engineering Services Simela Dube, BPRA Coordinator Emmanuel Ndlovu sought clarificaton on how the tenders were awarded.

“The letter follows recent reports on the City of Bulawayo’s intended 2 400 stands rollout in order to curb Bulawayo’s runaway housing backlog through tendering out services to three local companies. The contractors that have been awarded the tender to develop housing stands are Heavenview Properties, Veluntina Investments and Cabinlock Construction. As a stakeholder in the urban governance of the City, Bulawayo Progressive Residents Association (BPRA) requests for the following information on the identity of the above companies,” said Ndlovu in the letter.

Ndlovu said the inquiry was a way of ensuring that residents are involved in the process and to strengthen the oversight mechanisms.

“Answering the above questions shall provide residents with important information on the plan that BCC has put into place to avert a scenario of contractors abandoning projects midstream such as that of Magwegwe extension and Egodini mall development,” he said.

Egodini Mall contract after Terracotta Trading Private Limited that was awarded the US$60 million tender in 2016 for the redevelopment of the Basch Street terminus popularly known as Egodini under a Build Operate and Transfer facility failed to meet its contractual obligations.

He added that the information will also go a long way in assisting BPRA to perform its watchdog role and maximise on the benefits of private contracting and guarding against instances of agent opportunism and awarding of tenders to non-existent and or briefcase companies that are owned by proxies. 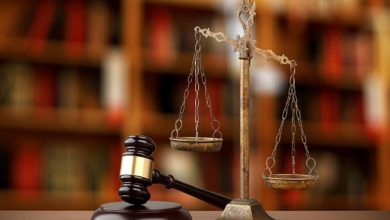 Access to justice for PLWDs still a pipe dream