Bulawayo is waiting to receive more returnees from Botswana, with the government indicating that about 400 more Zimbabweans were expected back home from the neighbouring country.

Permanent secretary in the Ministry of Information, Publicity and Broadcasting Services, Nick Mangwana, revealed on his twitter account that “400 Zimbabweans will come home from Botswana” this Wednesday.

But the city is yet to receive information on the exact numbers of people that would be accommodated in Bulawayo for mandatory quarantine.

Currently, returnees and deportees on quarantine in Bulawayo are accommodated at the United College of Education (UCE) and Bulawayo Polytechnic.

Women and their children are housed at UCE while Bulawayo Polytechnic caters for men.

Responding to questions from the media on the sidelines of a donation at Ekusileni on Wednesday, Bulawayo Provincial Administrator, Khonzani Ncube, only said provincial officers were on the ground compiling the statistics on the returnees.

“So there is nothing the minister of state (Judith Ncube) can say now. I am waiting for the  information once that information is made available to me, I will then hand  over to the state minister,” she said.

Ncube noted that the city’s accommodation sub-committee was making logistics for accommodation and catering while the provincial administrator for Matabeleland South was also in Plumtree making arrangements.

“We are working on that as they have not arrived yet plus our officers are on the ground. You don’t just take people but you are given to say how many adults, males and females plus children, you will receive, as their welfare is important.

“The provincial administrator for Matabeleland South left Gwanda and she’s in Plumtree with her provincial team discussing to say we are handing over so many to Bulawayo, so we are waiting on those statistics,” she said

Meanwhile, the provincial administrator, said some of the deportees from UCE and Bulawayo Polytechnic, would leave today pending outcome of their results.

“(Acting Bulawayo Provincial Medical Director), Dr (Welcome) Mlilo is there conducting the screening, as their results are out and it is a health matter, they are working on that to say you are negative you go you are positive you remain, he is there he is working on that,” Ncube said. 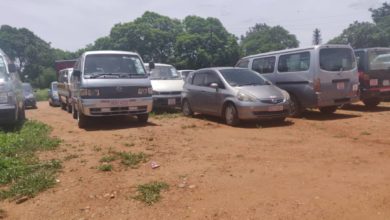