RESERVE Bank of Zimbabwe governor, Dr John Mangudya says he is not the chief architect of the country’s economic problems but has blamed low productivity for the crisis.

He said because of low production, the country was importing more putting pressure on the little foreign currency reserves which the central bank was not earning in return.

Addressing parliamentarians at a pre-budget seminar in Bulawayo Thursday, Dr Mangudya said there was no economy in the world which could have a strong currency without a strong production base.

The governor had a tough time explaining these economic fundamentals to the MPs as they continuously heckled him, forcing Deputy President of the Senate, Lt, General, Retired Mike Nyambuya to intervene.

“The country relies on imports and is importing basic goods because there is no production. We are producing very little in this country and when you see the monetary statement, it would be responding to the situation in the country. Instead of looking for challenges in our economy let’s look at the symptoms. We have high imports and low competitiveness. We can’t compete with rest of world yet we need to compete so we can be able to export,’ Dr Mangudya said.

“Wherever you go you hear some people talk about bond notes, forget it’s just because there is no production. A strong currency is as good as production but if you are producing nothing you can’t have a high currency and the foreign currency challenges are because of us not working very hard,” he claimed.

The RBZ boss gave statistics: “We consume 10 million litres of cooking oil monthly yet the country only supplies one month of soya beans to produce oil. For bread in this country, you are only supplying wheat for three months and wheat for nine months has to be imported.”

He claimed the ‘elephant in the room’ behind Zimbabwe’s economic problems was the fiscal deficit.

Fiscal deficit is government expenditure which is higher than revenue.

“This puts pressure on foreign currency, it is the fiscal deficit putting pressure on consumer spending, causing Zimbabweans to spend more money to buy cooking oil, fuel because you have too much money in your pockets. Fiscal deficits are the source of the money in Zimbabwe, are the source of deposit in this country, which are $10 billion,’ he said.

The governor said to cover the fiscal deficit, treasury bills and overdrafts from banks had to be used.

“What we are saying is government is the employer, it is one that is spending money it goes into the market to look for money – to spend more and when that money is spent in the economy that money goes into your pocket and you go and buy sweets, cooking oil, diesel putting pressure indirectly on foreign currency,” he scoffed.

Dr Mangudya insisted that currently the economy is still operating a multicurrency system, with RTGS and Foreign Currency Accounts balances pegged at 1:1 with the US dollar while from the $10 billion that was deposited in banks, only 4.5 percent of it was in bond notes and coins.

“We should deal with fiscal rules and principles then things will come into shape and reduce our fiscal deficit. Now bond notes are not the issue, issue is the money in circulation. The reason why the rate is 1:1 is because there are essential products that we need import and have price stability. When we buy the imported fuel, electricity or other services you buy using RTGS or pay using the 1:1 rate,” he said.

“Inflation is caused by increase in money supply and the question you should be asking is where does the money come from? The money in circulation in this country, called money supply, is almost $10 billion in that amount only 4.5 percent are bond coins and bond notes therefore the problem is the 96 , 5 percent where is it coming from?,” he posed.

The RBZ governor urged parliamentarians to raise such issues instead of barking about bond notes or how money could be withdrawn from banks.

“Instead, you should be asking where the money comes from, that’s what you need to be arguing because it is not the medium of exchange that is a challenge because people can use eco-cash, RTGS, bond notes. When people were panicking buying goods and services everyday, were they using bond notes? No!” he said.

He added that economic pressures were now on RBZ to fund expenditure when people kept money in their pockets instead of using it productively.

“Government’s domestic revenue is $11 billion versus bank deposits of 10 billion, so that burden we are carrying as central back is trying to fund those balances when you have more money in your pocket which you use to buy more imported goods such as beer, cooking oil and so on, Delta imports $5 million worth of concentrate from Swaziland so they can produce coke because the demand of coca cola high because people have money in their pockets,” he said.

The pre-budget seminar will see government ministers making presentations on how they can contribute to the country’s growth and reduce fiscal pressure. 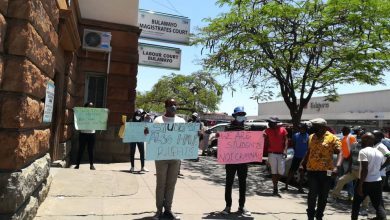