Police have bemoaned the escalation of murder cases in Matabeleland North after a soccer player allegedly hit a playmate with a brick after a beer drink in Binga.

The incident happened over the weekend, just a week after another murder in Binga where a woman allegedly killed a neighbour

Matabeleland North police spokesperson Inspector Glory Banda said Simbarashe Sibanda aged 24 from Nabuluyu village under Chief Binga has been arrested and is in police custody waiting to be sent to court.

He allegedly caused the death of Planner Munenge from the same area.

Both had been playing social soccer for the Nabuluyu team on Saturday when after the match they went to have a beer drink at the nearby shops before a misunderstanding ensued.

Other patrons at the bar restrained the duo but Sibanda was to resume the fight at night whereupon he allegedly struck the now deceased with a brick once on the head causing his death moments later.

“On the 10th of September 2022, there was a soccer match at Donga shopping centre grounds. The match ended late and Nalubuyu team officials decided that the team players should sleep in camp as it was late.

“They then decided to go for a beer drink and while there, a misunderstanding arose between the Planner Munenge and Simbarashe Sibanda over an undisclosed issue before they were restrained by others,” said Insp Banda.

After drinking beer they all went back to the camp whereupon Sibanda allegedly picked a brick and struck Munenge once on the head.

Attempts to render first aid to the now deceased were fruitless as he died a few minutes after the attack.

Insp Banda urged members of the public to: “desist from violence as a way of solving disputes and value the sanctity of life.”

“Cases of murder are on the increase in Matabeleland North and in is incumbent upon anyone with a problem to engage a third party than to resort to violence,” he said. 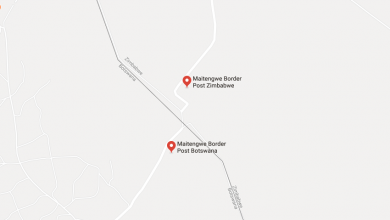 Govt taken to task over the slow pace of rural electrification