The Bulawayo City Council (BCC) has come up with plans to include solid waste management in the school`s curriculum so as to produce citizens who are able to manage solid waste properly.

This came out during a Low Emission Development (LED) strategies and management consultative engagement on solid waste management.

“Waste education is not embedded in the school curriculum, those who were fortunate to learn in the early 1990s you will re-call that at primary education level and pre-school level people were taught how to manage waste but we seem to have lost that,” Ndlovu said.

“As young children they get to learn bad habits at an early stage and if we try to teach them at tertiary level it becomes a problem,” he said.

“So the City is working with BSWIP to generate material which is going to be used in schools.

However, Ndlovu said the city is currently collecting about 92% of solid waste per week.

“In terms of collection we sit at 92% door to door collection of refuse. We are providing a weekly service to all residents in the city.

“The only portion that we are still trying to collect waste is the remnant of the Hlalani Kuhle sites,” he said.

He said there are other services that need to be provided first before refuse collection in those areas.

“In terms of refuse collection we appreciate that we are collecting so it means our vehicles have to be driven on accessible roads so currently as the city we are busy constructing road plans and looking at other services that need to go first before waste collection.”

Meanwhile, Ndlovu said the city of Bulawayo is operating on a hybrid system.

“The City is operating a hybrid system where half of the City is providing services using our vehicles while the other is using community refuse removal project,” he said.

“We are using a single bin system in Bulawayo; all our waste is collected in the single bin and it goes to a landfill.

“We do have separation cages at commercial centres but in terms of household property we are using a single system then waste is sent to Richmond sanitary land fill which is a historic land fill in Zimbabwe.

“It was the first to be introduced in Zimbabwe in 1994 and at the moment it is one of the three landfills in the country”.

He said the City is currently collecting at least 7 200 tonnes of waste per month.

Ndlovu further added that to curb against land and environment pollution they have launched campaigns to educate residents on solid waste management.

“We are educating residents and working in partnerships with communities, we have community sweeping groups, environmental monitors on the ground assisting us.” 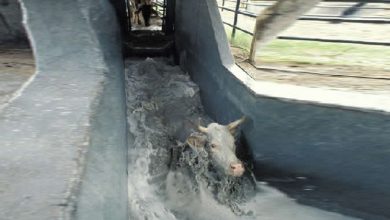