In a bid to rid the city centre of the unsightly heaps of garbage, the Bulawayo City Council (BCC) is bringing back night-time refuse collection.

This is a response to an outcry from various stakeholders including residents on the uncollected heaps of garbage that threaten to soil the city’s image.

Speaking during the launch of the Big Spring Cleaning Week, Mayor Solomon Mguni said the local authority has identified 35 hot spot areas which have become dumpsites.

“The challenges of a clean and safe environment have been affecting our city of Bulawayo in the past few months with the increasing littering and dumping in the city and this has been worsened by challenges with refuse collection due to broken down fleet of our refuse trucks further exacerbated by the poor economic environment that we find ourselves in,” said Mguni.

He said while the council has been trying its level best to ensure that refuse is collected on a weekly basis in the residential areas, the city centre has been most affected.

“Today we kick off this spring cleaning in a bid to rid the city of dumping hotspots which have been affecting us, as a city we have mapped 35 hotspots within the central business district which are an eye sow and have been filled with litter, this, however, does not mean that other places are not important as we will also cover these in the following weeks after spring cleaning campaign,” said Mguni.

He added that the local authority has come up with strategies to reduce the amount of litter in the city of Bulawayo.

“Going forward, the council has resolved to conduct night cleaning in a bid to rid the city of waste and also ensure a clean environment, we note that the clean environment is a lifeblood towards achieving sustainable development.”

Mguni said the local authority will also be introducing a refuse truck program.

Minister of State and Provincial Affairs, Judith Ncube said it is worrying that residents have adopted a culture of littering in the city.

“As we are cleaning here, most of the empty bottles here have been turned into chambers, it’s an embarrassment to the city, if it is a new culture that is there maybe we should ask the elders such as the mayor to seat down with the youth and have a talk with the people that are now using empty bottles as their chambers,” said Minister Ncube.

She also urged informal traders to practise the sense of cleanliness as the garbage will bring disease.

“The challenge that we have is people are not using the skip bin that is available on site and they just throw litter everywhere, I don’t believe that there is a shortage of bins in Bulawayo, what is the challenge is the attitude about cleanliness as people,” said Cllr Ncube.

Meanwhile, an informal trader, Sizamile Ndlovu said there is a need for the local authority to collect garbage every day.

“Cleaning should be done every day and refuse compactors should collect refuse daily because garbage accumulates daily, if we go for a week without garbage being collected, it becomes dirty in the city, what we are asking for is garbage to be collected every day so that as vendors we also sell clean products,” said Ndlovu.

Bulawayo Vendors and Traders Association (BVTA) president, Jacquelin Ndlovu added that the culture of littering has worsened in the city.

“I wish that even those working in this area can join in the spring cleaning campaign so that this job can be easy. We are also extending an invitation to those dealing illegally in the city centre to come and formalise as it is the only way we can meet with the city council and tell them our demands”. 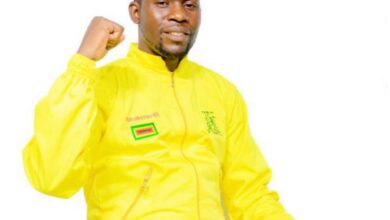 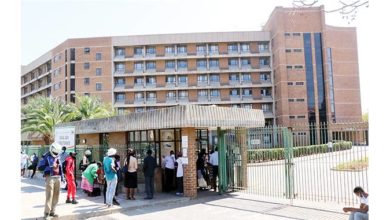 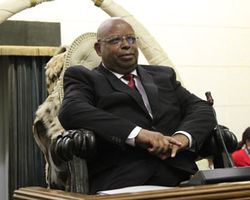