The Bulawayo City Council (BCC) is struggling to retain nurses at its clinics who continue to leave for greener pastures in countries such as the United Kingdom.

Following Brexit and Covid-19, the UK has been recruiting nurses from across the globe including Zimbabwe where they are poorly remunerated.

“Those that follow global politics would know that it’s mainly the UK which is taking our people after the Brexit and the Covid-19 pandemic. They (nurses) move from the central government where the remuneration is a little lower and come to Council to raise the air fares and write some of the exams that are required. If they feel they need to raise a little bit of foreign currency, they move to local NGOs before leaving. This has been an ongoing exercise.”

He was however quick to say they have authority from the Ministry of Local Government to recruit replacement nursing staff on contract basis, adding those that recently left have since been replaced.

The Council clinics, Dr Sibanda said were functioning with something between 50 to 62 percent staffing.

BCC Human Capital Director, Makhosi Tshalebwa said unless there is an improvement in the economy the skills flight problem was bound to persist.

“Where we have a serious problem is with the nursing staff,” said Tshalebwa. 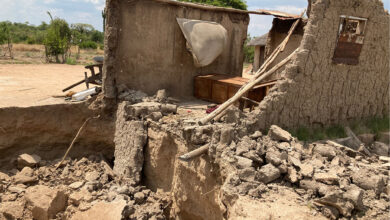