Background:In 2016 Terracotta Trading Private Limited won a US$60 million tender for the redevelopment of Basch street terminus, popularly known as Egodini under the Built, Operate and Transfer facility.
The first phase of the project which included the construction of a taxi rank, trader’s stalls, and public toilets was earmarked for completion in November 2019.

Ward 22 Councillor Rodney Jele said there is a need to ensure contractors stick to the agreed timelines.

“We are supposed to put time frames in certain projects because we now have a problem in the City as we give tenders to certain developers who do not meet their targets,I would like to give an example of what is happening at Egodini. We were told that by November it will be a bus terminus but there hasn’t been any progress.”

Bulawayo Mayor, Solomon Mguni together with other Councillors on 20 November 2019 toured Egodini site to asses the progress.In revealing the development to CITE, Mayor Mguni said there is no much progress on construction site.

“Generally there is no much progress on construction, the contractors are citing economic hardships yet they had claimed that they had US$60 Million to spend on the project. The only significant progress made is on excavations and landscaping works. Plumbing and electrical works have started though at a slow pace. There is no construction of major projects as yet.”

He however said they remain hopeful even though the contractor has missed the November 2019 deadline.

“We have noted the progress that the contractor has made and also challenges that they are facing in navigating this hyper inflationary environment We remain hopeful that whilst the contractor has missed the November 2019 deadline to commission the first phase, with the appraisal given to Councillors it is still possible to finish the project within 3years as previously advised,” said Mayor Mguni.

Councillor Jele said the local authority has to have a policy that allows them to take over projects that fail to meet their targets. 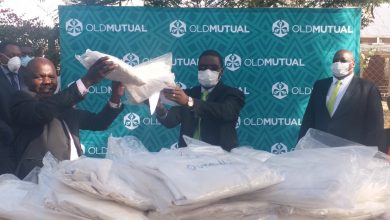 Govt to discipline schools that charge fees in forex