Police in Bulawayo has warned residents to be alert due to an increase in bank card fraud cases in the city.

Card cloning involves the production of counterfeit bank debit cards by criminals after fraudulently acquiring bank debit/credit card information contained in the magnetic strip of the bank debit card.
The cases have been on the increase in the country in the past few years.

Inspector Nyasha Alford from the CID Crimes Department revealed this at a Cyber Security workshop in Bulawayo, Thursday, which was running under the theme Cyber Security: Our Shared Responsibility.

Insp Alford said there have received more than twenty cases of card cloning in Bulawayo since May 2018.

“Card cloning is rising in the city. A friend of mine from the UK on Wednesday lost his visa cards to these guys in Bulawayo who are known for card cloning. Fortunately, I had an encounter with these criminals who know who l am and they dumped the cards at Rainbow Hotel today (Thursday) morning (sic),” he said.

He revealed that card scheming machines are very cheap in the UK as they range from $20, which is why the crime is on the rise.

He also warned residents to be careful when transacting with their bank cards.

“If you go to a service station or supermarket, whenever the attendant says wait here let me try another machine, do not allow the teller to change the point of sale. Follow your card. Don’t allow it to be out of your site,” Insp Alford said.

“We have also had cases where people lose their money on Ecocash. Criminals go to Econet agents and block your SIM card. They reset the pin and the agent gives them a new SIM card and transfer all the money. Your phone will suddenly lose network and you only discover later that you have been scammed”

“We have cases where someone is in Bulawayo but the money is being cashed out in Kariba,” he added.

He advised people to report swiftly all missing national identification documents to the police because they can be used by criminals in engaging in criminal activities.

“The national IDs are computer generated so cybercriminals can easily remove the laminate on the IDs and tamper with the information on your ID. Some people have been arrested for crimes they have not committed and others have lost their houses this way,” said Insp Alford.

The National Cybersecurity Awareness Security Week runs from 3 to 10 December under the theme ”Think B4 Click” which seek to “promote online security and safety and cultivate a cybersecurity culture amongst internet stakeholders”. 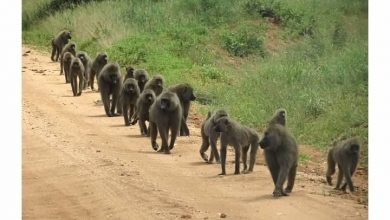