The Agricultural Rural Development Authority (ARDA) has distanced itself from the chemical contamination that caused the death of livestock in Ward 4 Matobo, last week.

Zwehamba villagers lost 20 goats and other livestock after they drank poisoned residual water from a chemical plant that makes fertiliser for an irrigation project.

ARDA Chief Executive Officer, Tinotenda Mhiko, said although the authority was aware of the incident, the estate in question was utilised by a partner, farmer Dean Leroux, who has been leasing the place for the past three to five years.

Leroux is, however, based in South Africa.

Zwehamba villagers and others from surrounding areas – Ndabankulu, Dwaleni, Ratanyane and Mashungu accused the estate workers of negligence, as this was not the first time they have lost livestock from drinking contaminated water.

Villagers pointed out that since the estate was not fenced, livestock wandered in to graze, but were seized by officials and they struggled to reclaim their animals.

This ARDA estate is the same controversial plant where hundreds of villagers in Zvehamba, Matankeni and Mahetshe were evicted in 2017 to pave the way for the expansion project with petroleum giant Trek.

“They mixed fertilizer so there was spillage which the goats drank and died,” Mhiko said.

He said after the incident an engagement between ARDA, the affected community members, local leadership and police was done and Leroux agreed to compensate the affected villagers.

“The compensation was R1 000 per goat and the villagers agreed to be compensated for the 20 goats. The headman Samson Maduna has the names of the affected community,” he said.

The CEO added that to rectify the situation, ARDA engaged the Environmental Management Authority (EMA), which came on-site and gave recommendations.

Those recommendations, he claimed, had been implemented to avoid having the same problem from recurring.

“An apology has been made to the affected communities and to the village head as well. Fencing was part of the recommendations so the goats won’t access the residual water,” Mhiko said.

Angry villagers who lost their livestock, wondered how an established government entity such as ARDA would fail to secure its operations.

“Initially my neighbours assumed it was cyanide and I inquired with one mine manager who disputed that saying the goats would have died on the spot,” said Thembinkosi Ndlovu who lost 13 goats.

Ndlovu suspected the cause emanated from the ARDA estate, as this would be the third incident, noting she previously lost seven goats.

“The ARDA management promised to compensate upon seeing some proof or identification that the goats were mine, so far, I have managed to locate nine carcasses. But history had shown otherwise,” she said and accused ARDA of carelessness as the company continuously failed to secure its operations despite numerous pleas.

“When ARDA arrived here, officials said they were bringing development but this is now a health hazard. I rely on my livestock to survive but the government which has various means to survive has become a threat to our livelihood. Does that make sense?”

Ndlovu also claimed that villagers were not benefiting from the irrigation.

“When the plant was under Tilco (Industries), locals could pick vegetables but now ARDA is a threat to our lives and animals. This problem can’t be solved because it’s a government entity, I don’t know if ARDA lacks security or management,” she fumed.

Thakazelani Ncube, who lost eight goats, wondered when they would be compensated as some villagers who lost their cattle in 2017 had not been paid.

“ARDA said they had been unable to secure the place,” she said, noting that last year, villagers volunteered to fix the fence.

Ncube said authorities should step in and solve the matter.

“We and ARDA are supposed to be neighbours but we are not allowed to pick vegetables or even cut grass for our livestock,” she said, adding ARDA workers had assured them dead goat meat was safe for consumption as it would not be poisonous.

“How can we eat meat from an animal that was killed by poison?”

The ARDA CEO said payment would be done “immediately.”

“Even though Leroux is in South Africa, he approved and gave his go ahead to compensate the farmers. That’s why he actually asked for the cost of the goats so they can buy new ones. I’m sure the process has started,” Mhiko said.

Villagers were also irked after ARDA workers attempted to shift the blame to a mine operating nearby.

“ARDA workers told villagers the mine handles carbon chemicals so that was what killed the goats. The mine officials were called but disputed those claims until ARDA officials admitted the goats drank from them,” said one villager.

Sithembiso Ncube, who lost three goats, recalled that last year they fought with ARDA officials after they seized 15 cattle that had strayed in their territory.

“We had to involve the police,” she said.

Albert Thebe was still searching for his cow after he found a dead calf.

“What angers people is the rude responses from officials. I am a pensioner now but I worked at ARDA for 27 years and during my time, this never happened,” he said.

But the ARDA CEO maintained Leroux supported the community in some rural development project.

“It’s not true that they don’t benefit. There’s a huge piece of land they are using to farm and are given inputs. If you engage so many people, you get different views but you can go on site and verify. You will find they are heavily supported and that’s why Leroux felt very bad,” Mhiko said.

“I understand Leroux is in very good books with that community because he supports them with funding and fertilisers for their farming plots and we have documentary evidence to support that.” 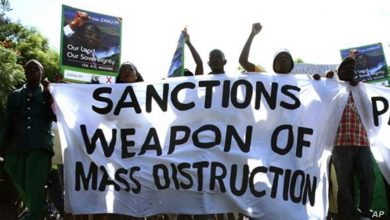 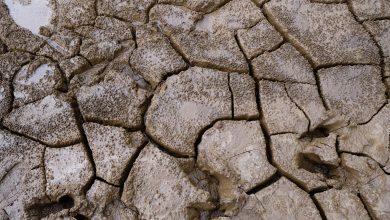