A Victoria Falls anti-poaching official was on Friday morning trampled to death by an elephant as he was conducting patrols.

Matabeleland North police spokesperson Inspector Glory Banda said he was not aware of the incident, but according to one of the first responders to the tragic event, Lovemore Ndlovu, the victim, whose name has been withheld for ethical reasons was trampled to death around 8 AM by a stray elephant near Bonnaise Air bush owned by Victoria Falls City Council.

“He worked for the Victoria Falls Anti-Poaching (VFAP) and when the tragic incident happened around 8 AM, he and his other three colleagues were conducting a patrol at some bushy area belonging to council,” Ndlovu said.

Ndlovu said the deceased was pronounced dead at the scene by the Ace ambulance services responders.

“When they came, we were told that he had already died and that’s when they had to call in the police and Zimbabwe Parks and Wildlife Management Authority (Zimparks) who immediately took his body to a mortuary.

VFAP declined to give details surrounding the tragedy after indicating that they were still trying to notify the next kin.

Ndlovu said police, rangers and other relevant stakeholders have since joined hands to search for the elephant, adding that helicopters have also been dispatched to conduct surveillance. 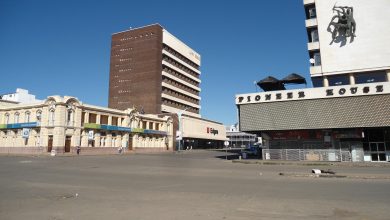