A Bulawayo High Court Judge has found the Air force of Zimbabwe pilot who allegedly brutally murdered his Gweru based girlfriend last year guilty of murder with constructive intent and sentenced him to 20 years.

Musonza accused her of cheating on him with his colleague.

In passing her sentence Justice Moyo said despite Musonza’s litigation and extenuating factors, she did not believe him because he did not show contrition but acted more out of self-interest.

She noted then even after three people had told him that his girlfriend needed medical assistance, he did not do so immediately, as that would have resulted in the police knowing about the assault.

Justice Moyo said the penalty for murder with constructive intent was a 10 year minimum sentence and 25 years maximum but she went for the higher end of the sentence.

She also noted Musonza tried to mislead the court claiming that he did not assault Duve as that only came out from his cross examination yet he had claimed she might have incurred injuries after knocking her head on a table.

“Given the flow of events, it is clear no one else was there who could have assaulted her besides him,” said Justice Moyo.

The trial officially kicked off at the High Court this July in Bulawayo after facing a number of false starts.

Initially it was scheduled to start on January 28 before Bulawayo High Court judge Justice Thompson Mabhikwa, who was on circuit in Gweru.

The matter was then remanded following an application made by the defence counsel to have the matter referred to the Constitutional Court.

Musonza`s then lawyer James Makiya of Makiya and Partners had made an application to have the matter referred to the Constitutional Court for the purposes of challenging the existence or presence of assessors on the High Court bench.

The trial was then reset for February 19 at the Bulawayo High Court before Justice Moyo, but again it failed to kick off and was struck off the roll and indefinitely postponed after the defence counsel sent a sick note.

The trial did not take off after Tundu indicated he had not drafted the defence outline due to short notice.

An angry Justice Moyo warned Musonza on his dilly-dallying and subsequently postponed the matter to July 9 and ordered the lawyer to file the defence outline by June 28.

It is the State’s case that on November 25, Musonza went to their lodgings at around 10PM and found Duve asleep.

He allegedly accused her of cheating on him with his colleague and the two allegedly drove to Josiah Tungamirai airbase since Musonza wanted to clarify the matter.

They allegedly woke up Duve’s alleged lover who denied being in a relationship with her.

His colleague, the alleged lover, tried to restrain him but was overpowered before he ran away from the scene to seek assistance from colleagues.

Upon their return they found Duve lying unconscious in a pool of blood.

Musonza later drove Duve to Clay Bank Hospital in the company of two of his colleagues and another female who was said to be Duve’s friend.

She was pronounced dead on arrival at the hospital leading to Musonza`s arrest.

A post-mortem report showed that Duve had a fractured skull, blood clots in her brain and that her lungs were affected by the attack among other injuries. 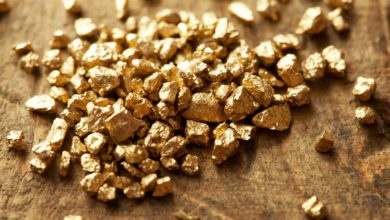 We are victims of a political ploy: Mazinahue mining syndicate speaks out