She said this during a meeting with the chiefs` wives in Bulawayo on Thursday, where she also donated vegetable seeds, small grain seeds and rice.

Mnangagwa said climate change is responsible for successive droughts that have hit the country.

“Because of climate change we are seeing ourselves in the promotion of traditional grains, the unexpected variation in climate is responsible for the successive drought and disruptions in the expected rainfall patterns, we have experienced the challenges in climate change so we are looking at proposals of solutions to the problem, this has now prompted me to come to you as wives of chiefs,” she said.

“I am saying to all our farmers also, apart from having the maize product, we are saying let us have a big tillage land where we can grow our traditional grains because I think very soon we won’t be consuming a lot of maize because of climate change”.

The First Lady said there is still a challenge in the consumption of traditional grains in homesteads as most families shun them.

Mnangagwa added that traditional grains have a lot of health benefits.

“Besides their function, traditional grains are also used as cattle and chicken feed, traditional grains such as sorghum and millet require less rainfall hence play a pivotal role for present and future human use due to prevailing weather conditions.

“Grain such as millet also provide health benefits like reducing blood pressure, heart disease, cholesterol and so many diseases affecting human life. Through this initiative, we also want to encourage on change of eating habits so that we boost our consumption of traditional grains, we also need to demonstrate in the eating of these traditional grains at the family level,” said Mnangagwa.

“I am confident that the program, first of its kind will contribute significantly to gender equality and women empowerment, as a nation we need to create opportunities to unlock women’s potential to exploit economic circles,” said Minister Ncube. 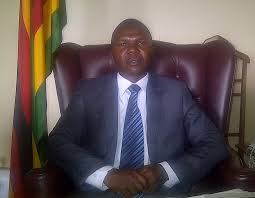