The Zimbabwe Railway Artisans Union (RAU) is threatening to picket against the National Railways of Zimbabwe (NRZ) over their 16 month unpaid salaries and bonuses which they say have been eroded by the incessant price hikes.

The artisans are owed bonuses dating back to 2016 and other salary arrears which run into millions of dollars.

On its part NRZ told the artisans that their major clients had cash flow challenges coupled by Cyclone Idai effects shipping was stopped after areas were flooded.

In an interview with CITE, RAU President Eddie Africa said members are dismayed by the lethargic rate at which NRZ is disbursing their salaries.

“As if it is not enough that the salaries are 16 months late, we are now well into April and the artisans still have not been paid the belated salary they expected would be banked at the end of March. We have no idea when they will be paid.

“What we are owed has now been overtaken by the government and Reserve Bank of Zimbabwe policies and has lost its buying power since the local currency and the United States Dollar are no longer at par. These areas need to be amortised urgently before they lose value any further,” he said.

Africa pointed out the artisans have incessantly engaged NRZ who could only acknowledge that they appreciated their plight but claimed their cash flow projections had had been derailed by the effects of Cyclone Idai.

“The employer said the cash flow of some of their major clients were underperforming while some of their clients who had been using the Beira route stopped shipping due to the area being flooded,” noted the RAU president.

He added that the artisans intended to meet the NRZ board and the Ministry of Transport possibly by end of this week and if nothing came out they would take action.

“We will definitely take to the streets but after brainstorming with our members. Our members are at their wits end and demand that the salaries be banked immediately. We are talking of people, the majority of whom are lodgers who have families to feed are owing school fees and some of them will soon be faced with the dilemma of failing to collect their children who are at boarding schools. One shudders at the thought,” Africa demanded.

Meanwhile, RAU claims the NRZ management had taken measures to cushion themselves against the declining economic environment.

“NRZ managers see it fit to cushion themselves from all this by awarding themselves outrageous allowances such as their transport allowance which is now more than a RTGS$1000 for some, at a company which is always pleading poverty,” Africa alleged.

“Our long suffering members have reached a point of incapacitation and are now finding it very difficult to move the nation on empty stomachs and tired feet since even their meagre transport allowance is also in arears.

“The artisans are going to demonstrate, petition and take all other necessary measures as guided by the Constitution of Zimbabwe and the Labour Act until the employer and the shareholders address our grievances with the gravity they merit.”

Contacted for a comment NRZ spokesperson Nyasha Maravanyika said the artisans leadership were engaging with management but could not comment as he had not seen the petition. 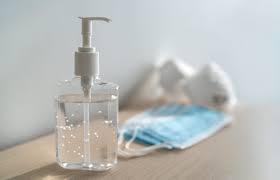 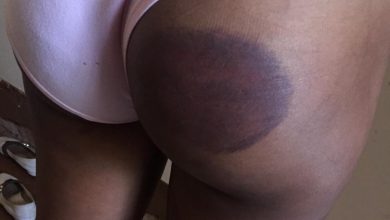