AN estimated 35 kilometres of the constructed Bulawayo-Nkayi road has outlived its design lifespan by two decades, revelations that effectively mean only 18km of the 53km constructed road network meets standards.

This was revealed by Transport and Infrastructural Development minister Felix Mhoni on Thursday as he was giving Senators an update of the Bulawayo-Nkayi road construction project.

Construction of the road began in 1996, three years after the completion of feasibility studies.

Critics argue government has never been serious in ensuring the completion of the project citing the painfully slow pace of road construction works.

However, Mhona claimed government is committed to ensuring the Bulawayo-Nkayi road is trafficable, adding his ministry has prioritized the project under the Emergency Road Rehabilitation Project 2 in 2022.

“As the Ministry, we are aware and fully appraised of the status of the road. I can confirm that the road which was dangerous to navigate in May 2021 when I toured the road and directed that something be done, is now trafficable,” Mhona said

“We are also aware that the road we are talking about is very crucial as it facilitates movement of people and goods such as mining and agricultural machinery to facilitate productive sectors such as agriculture and mining in the Bubi area and of course as far as Nkayi, Gokwe, Silobela, Vungu, Sanyati and beyond,” Mhona added.

A number of projects in Matabeleland remain unfinished, buttressing statements by critics that the region is marginalised. 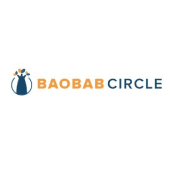