A MTHWAKAZI Republic Party (MRP) activist, Siphamandla Mafu, who accused President Emmerson Mnangagwa of killing his parents during the Gukurahundi atrocities, has been denied bail.

Mafu made the claim, Friday, in Bulawayo while giving oral evidence at a commission of inquiry hearing into the post-election violence that left six people dead in Harare on August 1.

Mafu is facing charges of undermining the authority of the President after he accused him of killing his parents during the Gukurahundi atrocities while giving evidence before the commission.

“I am an orphan since my parents were killed during Gukurahundi because of that man,” Mafu told the seven member commission while pointing to the portrait of Mnangagwa which was mounted behind them.

Mafu appeared before Bulawayo Magistrate, Rachel Mukanga on Saturday and was remanded in custody to October 29.

Also appearing before the same judge was Marshal Sibiya, Welcome Moyo and Venat Ncube facing charges of public violence as defined in section 36 of the Criminal Law (Codification and Reform) Act.

These three were granted US$150 bail.

Tanaka Muganyi from Abammeli lawyers who represented the accused, told the court that Mafa was severely assaulted following his arrest.

“The accused was heavily assaulted by police officers during his arrest. He was eventually taken to United Bulawayo Hospital (UBH) yesterday for treatment. Such police behaviour should be investigated. I pray that an order for investigations will be granted by this court,” said Muganyi.

Mukwiti also told the court that the police encountered stiff resistance from him and his colleagues when they tried to arrest him.

The August 1 inquiry hearing was emotionally charged, as the emotive Gukurahundi issue took center stage with some of the people testifying narrating the ordeal.

Due to disagreements from the floor over the matter, violence broke out leading to the arrest of these persons. 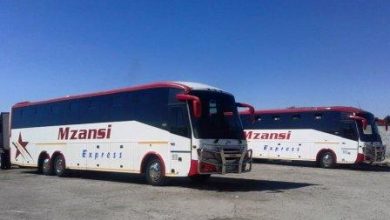 Another Zim bus in accident