From a small village heading cattle to holding an award for the song of the year, Mothusi Bashimane “Samamoe” continues to defy the odds and lift the Zimbabwean flag higher and higher.

Wherever he goes he leaves many in stitches and holding onto their aching ribs, he is an actor, musician, film director, he has written music for many artists in Bulawayo. His song has been on everyone’s lips and he has created a trademark with his axe. Mothusi Bashimane Ndlovu well known as Madlela Skhobokhobo he is a shy God fearing man who is passionate about Bulawayo arts and dreams of a day where everyone can be able to tell their story regardless where they come from unapollogetically.

He grew up in Matulungundu village in Gwanda South as a young boy he fell in love with storytelling and making people laugh. He went to Manama High school in Gwanda. At a tender age he developed the skill to tell his story the African way and he furthered his studies at Zezani High school. Growing up in the village he loved his roots and how the elders portrayed their lives. His character Madlela is an impersonation of one of his school teachers back in the day and he encourages young people to follow their dream and never be ashamed of where they come from.

He is a father of two. One special thing that makes Madlela fit in every society and tribe is that he speaks seven languages and he is proud of this as he can relate with anyone in terms of language. He has featured in one of the most watched dramas titled Ihloka and jeki. He has also been the main character in some of the biggest titled Bafoe my blood and Silence.

Mothusi Bashimane Ndlovu has went on to produce one of the biggest song in Bulawayo and beyond that saw him landing a Bulawayo Arts Award in 2017 for the song of the year with his song ‘Ngamnanka’. Some of his songs include Bheyapeya, Golide and NaJeremiah. One of his greatest achievements in 2017 was landing a role to be the brand ambassador for ZAPALALA. He is very vocal on eradicating Gender Based Violence in our society, as he encourages men never to lift a hand on women. Music has been viewed as a key driver of Gender based violence but Mothusi says his music is meant to make people happy and a society should stand up together and end Gender Based Violence. 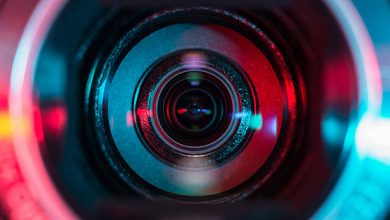 From the lenses of a Zimbabwean young person… What next for Zim?