A Victoria Falls man has been ordered to perform 210 hours of community service for assaulting his wife with an empty plastic bucket accusing her of prostitution.

He was convicted on his own plea of guilt.

It was the states’ case presented by Onias Nyathi that on July 18 and at around 7PM, Ndlovu’s wife Susan Muleya (36) confronted her husband about his philandering ways and in response, Ndlovu retaliated by hitting Muleya with an empty 20 litre plastic bucket once on her waist,  also accusing her of having multiple sexual partners in exchange for money.

Ndlovu approached Gelly Nyathi (26), a sister to Muleya accusing her of misleading his wife and always taking her to night clubs and bars.

Before Nyathi could respond, the court heard that Ndlovu then picked a stone and hit her once on the left knee.

Nyathi during testimony said Ndlovu was having multiple affairs and was always coming home drunk at night.

“He always shouts at my sister and on that day, he became angry and started calling her a bitch. After assaulting her, he came to me and accused me of taking his wife to night clubs for prostitution. We then agreed to go and make a police report.”

Gakanje sentenced Ndlovu to eight months imprisonment, to which two months was converted to 210 hours of community service at Vehicle Inspection Department (VID) while the other six was suspended for five years on condition of good behaviour.

Also appearing before the same magistrate was Michael Ngwenya (28) of Chinotimba surburbs accused of assaulting his wife Loveness Nyoni twice with a pot on her face on March 28 before going further to bite Nyoni’s young sister Beauty Ncube’s forefinger for interfering in their fight.

Nyoni told the court that she was assaulted together with her sister after her husband alleged that she did not respect him after she travelled to her rural village without his consent.

“The incident took place around 9PM.  The fight started when my sister was blocking him from packing his clothes and leaves us and his children alone. As she stood by the door, that is when he picked a pot that was next to the wardrobe and hit her before attacking me,” Ncube added.

Ngwenya has been convicted and is awaiting his sentence. 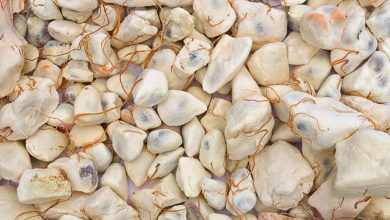