One hundred and fifteen health workers have been infected with Covid-19 in Bulawayo while local transmissions continue to surge in high-density suburbs, statistics from the city’s health department have indicated.

In its update on the virus, Bulawayo’s Health Services Department noted that out of the 115 health workers, student nurses were the most affected at 51.

So far only four doctors in the city have tested positive.

Other health workers who have contracted the coronavirus include five general hands, three administration clerks, three medical students and one health information clerk.

An environmental health technician, community health nurse, physiotherapist and a matron were also infected with the virus.

Nationally, reports indicated that 323 health workers across the country had contracted Covid-19 since the pandemic broke out in March.

Chief Co-ordinator for the National Response to the Covid-19 Pandemic in the Office of the President and Cabinet, Dr Agnes Mahomva, attributed local transmissions as another source of infection for health workers, besides health institutions.

Dr Mahomva was quoted recently saying: “Often, people think that health workers are infected within institutions but it’s also very possible that they are contracting it out there where they live, so we look at the response in a more comprehensive way to make sure that all preventative measures are put in place.

“If you walk around, Zimbabweans in general seem to think that it won’t affect them and these same people are teachers, nurses, doctors, engineers walking in the street. This means you can take it to your workplace.”

The Health Services Department said most of the Covid-19 cases in Bulawayo are from local transmission while women were the most affected.

Of the 41 imported cases, 31 were from other countries while 10 came from other provinces.

From these figures, the city said health workers amounted to 19. 17 percent.

“51 percent of people who tested positive are women while men consisted 49 percent,” said the department.

The other hotspots were said to be from the “public transportation system -ZUPCO and bowser water distribution points.”

Govt sets up a commission for HLB upgrade 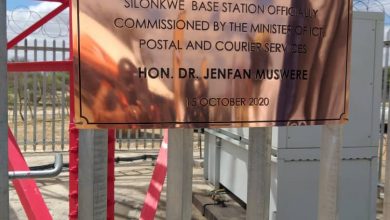